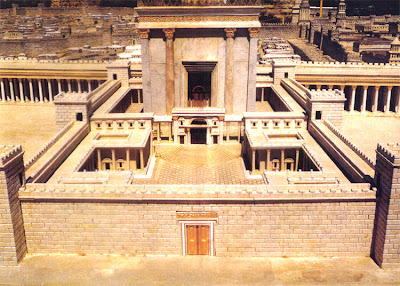 Part 1 of my John Walton’s “Greatest Hits” series can be read here. Part 2 can be read here. Day 3 — Creation of Land & Vegetation Once again, what is being accomplished on Day 3 is the establishment of a function. Nothing of material structure is created, for ANE cultures were not concerned with such things. Just as God created the bases for time and weather on Days 1 & 2, God creates the basis for vegetation on Day 3. To ANE civilizations, time, weather, and vegetation were of prime importance to agricultural industry and intimately connected to each other. Like Genesis 1, the Babylonian creation epic, Enuma Elish, depicts their god Marduk establishing the functions of time, weather, and vegetation.

Walton then makes the interesting point that, after Noah’s flood, God promises that the three major life-giving functions would never cease: “While the earth remains, seedtime and harvest [vegetation/agriculture], cold and heat, summer and winter [weather], day and night [time], shall not cease” (Gen 8:22 ESV). And that’s an excellent promise, for the importance of these three functions is just as important today as it was in millennia past.

Establishment of Monotheism In non-Hebrew cultures, the governance of time, weather, and agriculture—the “foundations of the cosmos”—were attributed to a pantheon of gods. The destinies of men were also tied to the whims of the gods. One of the most important aspects of the Genesis creation account is the proclamation that God (Elohim) ruled the cosmos. In effect, Genesis did away with the common misconception that deities were behind the forces of nature, and that Elohim was in full control.

Also of note is the concept that the cosmos, the fabric of which was “created” on Days 1-3, serves as God’s temple (cf. Isa 66:1-2a; Acts 7:48-50; Ps 104:2-4). ANE parallels to this cosmic temple idea established in Genesis 1 abound, e.g., the Mesopotamian temple dedication texts written by Gudea (ca. 1900 BC) and Egyptian temple texts. Note also the parallels between the description of Eden (Gen 2:10), the Ezekiel temple (47:1-12), and the temple in Revelation (22:1-3). To further the cosmos/temple argument is the priestly terminology in Gen 2:15 used to describe man’s function in the garden of Eden, which is considered “sacred space” and represents a microcosm of God’s cosmic temple. Divine control, argues Walton, radiates from His temple. God’s presence dwells in His temple. If you’re not convinced yet that Genesis 1 is a “temple text” …

ransitioning to Days 4-6 and the Establishment of “Functionaries” It might interest you that ANE temples were commonly dedicated over a period of SEVEN DAYS! While Days 1-3 were concerned with the declaration, or establishment, of functions and the “fabric of the cosmos,” Days 4-6 were concerned with the installation, or establishment, of functionaries. Thus, the sun and moon, animals, and mankind were “created” to serve in the capacities to which they were designed, assigned, and destined.

Like other ANE gods, Elohim is said to “rest” on Day 7, connoting “stability” and “equilibrium.” All is functional, all is good (except for man’s loneliness, which represents a “non-function”). Genesis 1, then, is indeed a “temple text,” just like the Ugaritic Baal Cycle and the Enuma Elish.

Genesis 1, read at face value (dare I say “literally”), is NOT about God making things. God inspired the author of Genesis to write about God establishing function and purpose, creating order from chaos, declaring other “gods” to be persona non grata, and proclaiming that the cosmos is God’s, with heaven serving as His throne and earth serving as His footstool! Amen.