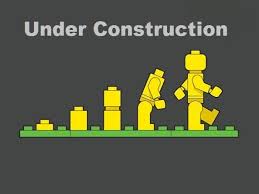 Spectrum of Beliefs on Evolution, Creation and Literalism

Vance McAllister has done an excellent job of laying out the different positions in regard to evolution, creation, and biblical literalism. After reading his spectrum, head on over to Reclaiming the Mind Ministry’s Parchment and Pen blog and The Submerging Influence blog for additional discussion. Of course, feel free to discuss on this blog as well!

Here is the spectrum generally, you can review the descriptions further below to see what each refers to:

(note: the Intelligent Design position could apply to any of these, other than possibly TE 3).

So, let’s look at the spectrum! See where you land:

1. Flat-earthers – believe that a plain reading of Scripture indicates that the earth is flat. Very few still hold onto this belief.

2. Geocentrists – believe that the sun and all the stars literally revolve around a fixed and unmoving earth. Still a surprising number of these around, although it suffered a major setback after the late 60’s. They have a plethora of Scripture and theological bases to argue from, however, and insist that a literal reading of Scriptures requires geocentrism.

3. Young-Earth Creationists – believe that the earth and universe are both young (less than 10,000 years old) and that all the diversity of species is the result of special creation, based on a literal reading of Scripture (even if not AS literal as those above).

4. Gap Theorists (a form of Old-Earth Creationism) – believe that the earth and universe were created at the time science says, but that God created Man and all the animals at the “young earth” time frame (with a huge “gap” in between. Some believe this is a “re-creation”, God having scrapped an earlier version (dinosaurs, etc).

5. Progressive Creationists (aka “Day-Age Creationists”, another form of OEC) – believe that the earth and universe were created at the time science says, but that each “day” in Genesis referred to an indefinite period of time. Genesis is an historically and scientifically literal account (using that alternate form of the word “day”), just that it happened over a VERY long time period.

7. Theistic Evolutionists (no literal Adam and Eve, but biogenesis) – believe that Man evolved along with the other species (pursuant to God’s plan), but that the initial spark of life was immediately God induced. Some even push this forward to some mass special creation of a variety of “kinds” around the Cambrian period, with all the species evolving from there.

8. Theistic Evolutionists (abiogenesis) – God created everything and established the full system of natural laws upon with the universe and the earth would work. And it did work, entirely naturally, as God intended. With life arising at the time and place He had known it would, etc. So, here the “abiogenesis” would not mean that life arose without God, only that God built how life would first arise right into the “program.” This is not “deism,” however, since it says nothing at all about God interacting with and even directly intervening in His creation at any point in time (such as a particular event 2000 years ago, for example).

A bit of a side category is the Intelligent Design movement of recent years. This asserts that whatever you accept about creation, there is firm evidence that the universe and the earth in particular were designed with specific intelligence, by a designer, and not happening entirely naturally. Those holding this opinion come in each of the flavors mentioned above (other the last one, presumably), although the most recent and influential of these have been essentially Theistic Evolutionists of the first or second variety (whether they would claim that title or not). Also, some Theistic Evolutionists prefer the term Evolutionary Creationists.

In one of my previous posts, Steve asked a question regarding my use of the term “evolutionary creationism,” or EC. I figured I’d let Denis O. Lamoureux from St. Joseph’s College, University of Alberta, speak to the differences between EC and “theistic evolution” (TE) in his outstanding essay “Evolutionary Creation”:

The term ‘evolutionary creation’ to most individuals seems like a contradiction in terms. This would be the case if the words ‘evolution’ and ‘creation’ were restricted to their popular meanings. That is, if the former is bound to an atheistic world view, and if the latter refers exclusively to literal 6 day creation. However, evolutionary creation moves beyond the common use of these terms and the simple ‘evolution vs. creation’ debate. The most important word in this category is the noun ‘creation.’ Evolutionary creationists are first and foremost thoroughly committed and unapologetic creationists. They believe that the universe is a created reality that is absolutely dependent for its every moment of existence on the will and grace of the Creator. The qualifying word in this term is the adjective ‘evolutionary,’ indicating the method through which God created the world. This view of origins is often referred to as ‘theistic evolution.’ However, that categorization places the process of evolution as primary term and makes the Creator secondary as only a qualifying adjective. Such an inversion in the order of priority is unacceptable to evolutionary creationists.

Clearly, some may use the two terms synonymously, but I prefer Lamoureux’s distinction. Even Howard J. Van Till, in Zondervan’s Three Views on Creation and Evolution, prefers not to use the term “theistic evolution”:

Although the author of this chapter finds this label [“theistic evolution”] to have serious shortcomings, the editors have nonetheless chosen to employ it. . . . the author asks that his position be known, not as theistic evolution, but as the fully gifted creation perspective. (p. 161; emphasis in the original)

. . . I have sometimes used the label evolving creation for my perspective. I think it’s a much better term that theistic evolution . . .

. . . but it still has the problem of having to deal with all the negative attitudes that a majority of Christians have toward anything that even sounds like “evolution.”

Van Till has a point, but his term “fully gifted creation” does not succinctly describe his view very well. But back to what makes EC, well, EC. Lamoureux writes:

. . . evolutionary creationists claim that through an ordained and sustained evolutionary process God created the entire universe and all of life, including human beings. . . . God’s actual creative method is found through scientific discovery and not by reading the opening chapters of Scripture. . . . Three features distinguish evolutionary creation from other positions on the origin of the universe and life. This view of origins firmly: (1) believes in a personal Creator and the evolution of the world, (2) upholds the foundational principles of conservative Christianity and modern science, and (3) rejects the ‘God-of-the-Gaps’ [i.e., Intelligent Design —Mike Beidler]. . . . evolutionary creationists predict that as biology advances, fine-tuning arguments for the evolution of life will be discovered. Therefore, instead of looking for ‘gaps’ in nature where God purportedly intervened to create living organisms, these Christians see the Creator’s glory expressed in the robust continuum of life from the first cells to human beings. The faith of evolutionary creationists is strengthened with every new finding in biological evolution because each discovery declares the faithfulness of God to His living creation.