Summing Up the Strengths of the ANE Perspective 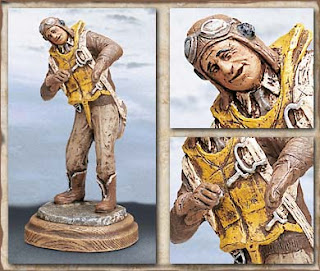 I might be a military diplomat-in-training now, but I used to be an aviator. And once an aviator, always an aviator. Inevitably, we aviators will use certain verbiage and distinct forms of physical communication when speaking with others. So please pardon my aviator-ness …

Imagine me standing in front of you, my right hand (representing my aircraft) swooping down toward the left hand (representing Young-Earth Creationism): “And there I was … reading John Walton’s outstanding commentary on Revelation, relishing in the clarity of the ANE perspective, when my target appeared in front of me out of nowhere. The IFF IDed this guy as a ‘foe’ and I immediately went to missiles!

With a few well-placed ANE Hellfires, my old YEC paradigm vanished in a cloud of smoldering ICR literature and AiG tracts! Somewhere, thousands of feet below, having passed through the glowing confetti, a mutilated cover of a Henry Morris book landed in the middle of a giant peat bog, destined to sink gradually to the bottom and eventually create clean-burning coal that my descendant’s hover cars will never use since they will have invented Mr. Fusion by then.” Viewing Genesis 1 as Creation Myth/Temple Text

Before uncovering the gem that is the ANE perspective, my views on Genesis 1 were held in tension between the YEC and OEC paradigms. I knew in my heart that the scientific evidence for an old universe were strong—much stronger than the “scientific” evidence provided by the YEC camp. But a more important issue remained: How should Genesis 1 should be interpreted, especially with its use of the phrase “evening and morning—the nth day” when describing God’s creative acts over a 6-day period? The ANE perspective cleared all of that up for me, making wide a path for me to travel toward the dual-goal of reaffirming the theological truths of Genesis 1 as well as the scientific truths mankind has revealed through our God-given talent for observation and experimentation. (All truth is God’s truth, no?)

The ANE perspective allowed me to read Genesis 1 for what it was: a divinely-inspired polemic against the gods-dominated cosmology of the ancient Near East and a vehicle for expressing theological truth to the Hebrew nation through which God intended to bring spiritual light to the world of man! To my mind, the ANE perspective allowed the Genesis narrative to flower with both theological truth and mythical beauty, overpowering any former tendency to understand Genesis through the lens of a scientifically-minded 21st-century reader. When God determined that the time was right to reveal Himself to the world, God appropriated ANE cosmology, with which Israel was intimately familiar (having been exiled in Egypt for four centuries), and refashioned those ancient myths into a new myth for a new, chosen people. This new myth declared the supremacy of Elohim over the non-existent gods that the surrounding nations believed controlled the forces of nature. This new myth declared the cosmos to be Elohim’s temple. And this new myth declared mankind to be purposefully created to serve as priests of God and expand “sacred space” beyond the borders of Eden. These are the important take-aways from Genesis 1. The Hebrews, like every other ANE culture, were never concerned with how God created the cosmos; they were only concerned with who and why. Thus, to read Genesis as one would read a scientific textbook is to rape the narrative of its theological power and destroy the “true myth” that Genesis really is. (Before you get “wrapped around the axle” by me calling Genesis a myth, I would encourage objectors to research the academic meaning of the word myth.)

As for the 6 days of creation, the ANE perspective allowed me to perceive Genesis as a combination creation myth/temple text, influenced by Egyptian and Babylonian cosmology and literature of the time. No longer would I have to stretch the meaning of the word “day” to encompass an aeon of cosmic history (e.g., Hugh Ross). No longer would I have to resort to an improper use of the “analogy of faith” to justify interpreting “evening and morning” as some ambiguous metaphor (e.g., David Snoke). I could take each “day” for what it really was: a literal, 24-hour day—one-sixth of a “dedication week” during which God sanctified each function of his cosmic temple and each functionary within His temple complex. At first glance, it seems odd to support reading each day of creation as a literal, 24-hour day, yet maintain an OEC stance. But once you see the the creation week for what it really is, it all makes sense. There is no need to subscribe to the “day-age” or “gap” theories. There is no need to press the Genesis 1 account into serving as some sort of abstract metaphor or analyze the creation account through an artificial literary “framework” view. I was free to read Genesis 1 from the original audience’s perspective and, as a result, free myself from the shackles of a literal interpretation so wooden that I could have built an ark large enough to house four of every “kind” of animal.

“And there I was …” An Old-Earth Creationist. Not too difficult of a switch; in actuality, it was quite refreshing. But what about theistic evolution? As my good friend Dan and I continued through Walton’s material on Genesis 2-11, I wasn’t quite ready to acknowledge evolution as God’s primary method of creation, as I felt it would make me a deistic evolutionist. Walton himself wasn’t an evolutionist, at least according to his writings. A combination of progressive creationism (to explain “punctuated equilibrium”) and Intelligent Design (ID) seemed to be the way to go. What was wrong with believing that God, throughout the history of the cosmos, intervened directly and supernaturally into the natural order of things for the sole purpose of creating life? Didn’t George Lucas tinker with his original Star Wars trilogy at least twice? Wasn’t Michael Behe, William Dembski, and Jonathan Wells onto something with ID and its mantra of irreducible complexity? Wasn’t ID real science? I took Dan to task unfairly for not allowing himself to see (scientifically) God’s hand in the creative process. I mean, who doesn’t want to see their name in the credits?. But Dan, who was already a convinced evolutionist, countered with the view that evolution itself was God’s creative process, that God’s creative power is constantly at work in sustaining and maintaining the order of the cosmos. Moreover, evidence of God’s hand might not be scientifically observable, especially if he “front-loaded” the Big Bang with everything it needed (e.g., laws of nature) in order to produce life on earth.

Still, I didn’t want to believe what I had adamantly rejected for almost 40 years. Enter Howard J. Van Til …

7 Responses to Summing Up the Strengths of the ANE Perspective