D’Souza: “The Failure of “Intelligent Design” 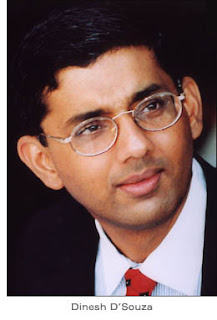 Dinesh D’Souza, whose conservative political commentary I’m more familiar, has written an excellent article on the reasons behind the failure of Intelligent Design to become an accepted scientific alternative to Darwinism. As a Christian, D’Souza is sympathetic to the ID cause; at the same time, however, he also recognizes that its methodology is unsound and its target really should be the atheistic agenda of some atheistic Darwinists (e.g., Richard Dawkins and Sam Harris), not the fact of evolution and/or the theories of its mechanisms.
Although D’Souza doesn’t use the term “folk science” to describe “atheism masquerading as science,” Howard J. Van Till does. And Van Till’s early work is the focus of my next post. For now, I’d like responses to this post to focus purely on D’Souza’s article.

UPDATE: HT to Steve Martin via Undeception’s Steve Douglas for finding atheist PZ Meyers’ critique of D’Souza’s claim that evolution is being taught in an atheistic manner. I applaud D’Souza’s on-the-money critique of ID, but I certainly don’t appreciate his over-exaggeration of the facts (if, in fact, he is exaggerating) in order to make his point. False claims in service of the truth certainly don’t help people act objectively.

3 Responses to D’Souza: “The Failure of “Intelligent Design”