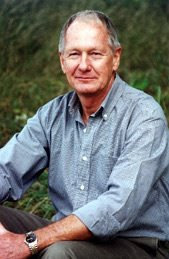 Faced with the scientific evidence of an old earth, as well as the literary evidence that Genesis 1 was intended as a combination creation “myth”/temple text, I found it much easier to understand how some Christians could reconcile the theory of evolution with their faith. I immediately recalled the name of Howard J. Van Till, whose theistic evolutionist contribution to Zondervan’s Three Views on Creation and Evolution I never read because I dismissed it as an outrageously inconsistent position that was incompatible with the doctrine that the Bible, as God’s inerrant word, is historically and scientifically accurate in regard to all topics upon which it touched. But I knew that I’d come across Van Till’s name long before. I checked my personal library’s creation/evolution section (still bursting at the seams with YEC literature and a smattering of OEC stuff from Hugh Ross), but couldn’t find his name. Then I remembered: it was packed away in a box of books in the garage.

Over 20 years ago, my dad gave me Science Held Hostage: What’s Wrong with Creation Science and Evolutionism, written by Howard J. Van Till, Davis A. Young, and Clarence Menninga. (In retrospect, I’m pretty sure my dad wouldn’t have agreed with the authors; I think he just wanted to give me a book that fit my interests.) Sadly, I didn’t crack it open for two decades. But after having adopted Walton’s ANE perspective, something urged me to unpack that box, dig out the book, and “pick up and read.” Within a few short chapters, I was convinced of the book’s core message: both creationists (of the young- and old-earth sort) and evolutionists (of the rabid atheistic sort—hence, the “-ism” in evolutionism) had presented us with a false dichotomy. As such, both atheistic evolutionism and special creationism victimized the public by demanding we choose one of two options: either (1) science can settle infallibly (or legitimately discard) questions of a philosophico-religious nature, or (2) religion can infallibly answer questions of a scientific nature.

Because both groups colluded (albeit unintentionally) to form this false dichotomy, Van Till, et al, considered both groups to be “folk science.” In “FROM CALVINISM TO FREETHOUGHT: The Road Less Traveled”, Van Till writes:

. . . a ‘folk-science’ is a set of beliefs about the natural world—beliefs that need not be derived from, or even consistent with, the natural sciences—beliefs whose primary function is to provide comfort and reassurance that the rest of one’s worldview is OK.

Thus, both atheistic materialism and special creationism derived their distinctive beliefs based not on established methods of scientific inquiry, but rather on their worldview. Now I was getting somewhere! Nevertheless, I wasn’t yet convinced that naturalistic evolution was the answer. So, for an extremely short season, I clung to the idea that science could prove the existence of an Intelligent Designer, whose nature is unarguably, well, “super,” for lack of a better descriptor. Jumping on the Intelligent Design (ID) bandwagon would allow me to accept common descent to some degree while refusing to admit evolution to be the sole mechanism by which God created, especially when it came to the creation of the human race and the infusion of the soul. There was a part of me, like Dr. John Walton, that wanted to retain one or more historical anchors in the Genesis 2-3 narrative. But Van Till continued to haunt me. Although Science Held Hostage was written well before the advent of the ID movement, I soon came to the conclusion that ID was committing the same “sins” as the YEC movement and that ID methodology didn’t serve the advancement of scientific knowledge. In fact, ID’s presuppositions appeared to serve the advancement of scientific agnosticism in principle, if not in practice. It appeared that the ID movement was willing to throw its hands up, lock the laboratory doors, and no longer explore possibilities or test theories beyond what they declared to be “irreducibly complex.” Heck, if past generations had settled for that kind of answer, we’d still be a geocentric society with a fear of traveling beyond the sight of land.

of “irreducible complexity” isn’t as unassailable as ID proponents would want the public to believe. As much as I sympathized with the ID movement in its quest to prove the existence of an Intelligent Designer via the scientific method, thus explaining “knowledge gaps” as evidence of divine creative activity and supernatural tampering, the core of my being didn’t want any part of that. Did I really want to be caught holding the ID bag when scientists declared that something previously thought “irreducibly complex” by ID proponents was, in fact, “reducibly complex”? Of course not. Van Till’s aforementioned essay “FROM CALVINISM TO FREETHOUGHT” essentially updates the core of Science Held Hostage‘s message to take ID into account:

Similarly, the concept of Intelligent Design functions today as the folk-science of a large portion of the broader Evangelical Protestant population in North America. A fundamental tenet of ID’s folk-science is that the system of natural causes fails to include the formational capabilities needed for assembling certain complex biotic structures, such as the bacterial flagellum. If natural causes are inadequate, then the form-imposing intervention of some non-natural Intelligent Designer must have been essential (wink, wink, we don’t say who the Designer is, but you know who we mean). And if supernatural (power over nature) intervention was necessary for the formation of rotary motors on E. coli bacteria, then there is nothing standing in the way of Evangelicals maintaining their conviction that God could have performed all of the other supernatural acts portrayed in the Bible.

And so it was that, once confronted with the scientific, literary, and philosophical evidence, I abandoned my support of the YEC/OEC/ID movements and moved (quite happily, I might add) toward my current evolutionary creationist position. But, how then, could I continue to be a theist? If the scientific method was inadequate for proving that God created the universe, what leg did I have to stand on? Enter an unlikely bedfellow: Stephen Jay Gould.