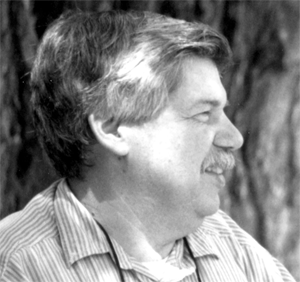 About the same time that I was introduced to the work of Howard J. Van Till, I was also introduced to the late paleontologist Stephen Jay Gould (1941-2002). I must confess that, until I read Gould’s outstanding essay “Nonoverlapping Magisteria,” I had never (and still have not) read a shred of Gould’s other works. I plan to remedy that down the road.

Gould was not, by any means, a theist. However, Gould respected the role of religion—a role that had the potential of giving mankind a sense of purpose and providing human beings with a method by which we could make contextual sense of the world around us. These were facets of our existence to which science could not speak. Like Van Till, Gould believed that the scientific method and the various religio-philosophical pursuits provided appropriate answers to different questions regarding identical phenomena, both of which were equally valid ways of understanding the universe which need not conflict—as long as each discipline respected the other’s domain.

Here are some highlights from Gould’s essay that I find extremely profound:

The lack of conflict between science and religion arises from a lack of overlap between their respective domains of professional expertise—science in the empirical constitution of the universe, and religion in the search for proper ethical values and the spiritual meaning of our lives. The attainment of wisdom in a full life requires extensive attention to both domains—for a great book tells us that the truth can make us free and that we will live in optimal harmony with our fellows when we learn to do justly, love mercy, and walk humbly. [bold emphasis mine]

Thus, it stands to reason that any conflict between science and religion which arises does so from an overlap between their respective domains of expertise. Moreover, any existing overlap can have its origin in either domain. Gould continues:

No such conflict should exist because each subject has a legitimate magisterium, or domain of teaching authority—and these magisteria do not overlap (the principle that I would like to designate as NOMA, or “nonoverlapping magisteria“). . . . The net of science covers the empirical universe: what is it made of (fact) and why does it work this way (theory). The net of religion extends over questions of moral meaning and value. These two magisteria do not overlap, nor do they encompass all inquiry . . . . This resolution might remain all neat and clean if the nonoverlapping magisteria (NOMA) of science and religion were separated by an extensive no man’s land. But, in fact, the two magisteria bump right up against each other, interdigitating in wondrously complex ways along their joint border. Many of our deepest questions call upon aspects of both for different parts of a full answer. . . . NOMA represents a principled position on moral and intellectual grounds, not a mere diplomatic stance. NOMA also cuts both ways. If religion can no longer dictate the nature of factual conclusions properly under the magisterium of science, then scientists cannot claim higher insight into moral truth from any superior knowledge of the world’s empirical constitution. This mutual humility has important practical consequences in a world of such diverse passions. [bold emphasis mine]

It never occurred to me until reading Van Till and Gould that both science and religion had their limitations in regard to the questions that they were able to answer. While science could tell us how the cosmos evolved over the aeons since the Big Bang, only religion could posit a possible solution to the ultimate cause of the Big Bang. Science could seek to tell us what natural laws govern our universe, but only religion could posit Who created and sustains those laws, as well as provide mankind with possible answers regarding the “why” question that is begged by the cosmos’ very existence. I felt at peace knowing that my faith and scientific observation needn’t conflict with each other. I was now free to examine the scientific evidence for myself without being distracted by a misguided (albeit well-intentioned) “witch hunt” for contradictions between the two magisteria.

Since I began this blog, many have applauded me for finally reconciling my faith with the findings of science. In response, I tell them that I don’t need the applause. The perception that a reconciliation was required is really a false one, for there was no real conflict to begin with. The only conflict that existed was a product of my own misunderstanding of both science and religion.

Having taken the “red pill,” I was ready to see how far evolution’s rabbit hole really went . . .