Searching for Truth in “The Truth Project” — Lesson 8: Unio Mystica — Am I Alone? 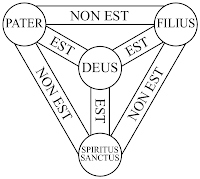 Looking briefly at the outline for Lesson 8 prior to watching the session, I decided to test myself:  Could I actually watch an entire Truth Project session without writing down a single criticism?  By the end of the hour-long session, the outline sheet looked exactly as it had when it was handed to me.
I had absolutely no issues with Del Tackett’s Trinitarian-based theology as he discussed the biblical themes of intimacy, union, and oneness as it relates to (1) a husband and wife, (2) Christ and the Church, and (3) God and mankind.  And, to the best of my recollection, nary a mention of Darwin and the “pernicious truth” of evolution.  Well done, Del.  But don’t believe for a minute I’ll be so kind when I blog about Lesson 9 …
That being said, Dear Reader, I have a question:
Despite my rejection of biblical inerrancy and the Bible’s ancient Near Eastern cosmology, and my subsequent acceptance of evolution as fact, why has my faith in God not wavered?  Why is it that I still affirm a significant portion of traditional Christian theology instead of embracing atheism?

16 Responses to Searching for Truth in “The Truth Project” — Lesson 8: Unio Mystica — Am I Alone?